"It's not what you know, it's who you know". Ever heard that BS before? I'm pretty sure even Watson can grasp that abstract concept. Of course it helps, if you live in Boston, to know someone who has a boat. Trust me. Enter, Walshy! My buddy from growing up who underachieved at good ol' Milton High but has overachieved ever since - putting my debt collecting, over-priced, educated ass to shame. He's got a house, a boat, a car - I got a fist full of promissory notes. But I digress.

Uncle Sam's birthday was a perfect chance for Walshy to break out the sea whip and cruise the hahba while getting bombed, sunburned and faded for fireworks.  Here's some of the footage. . . . 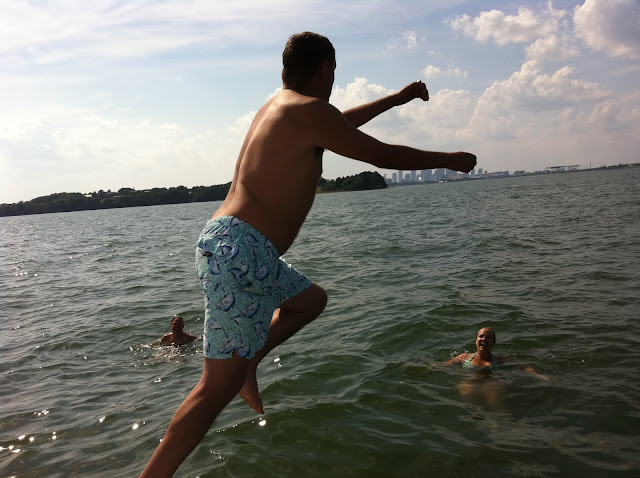 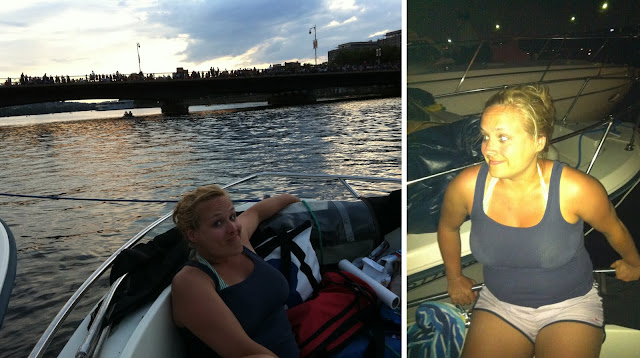 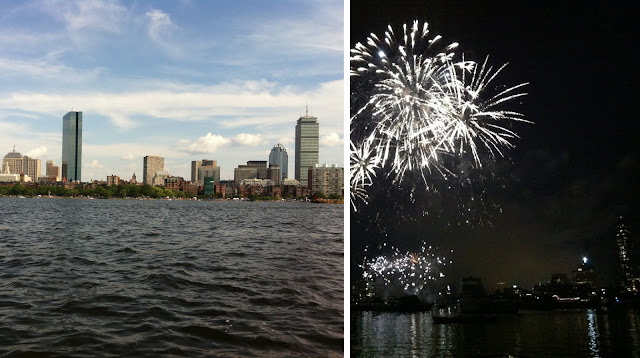 Pretty sure I am getting the Ansel Adams award for this next one. . . . 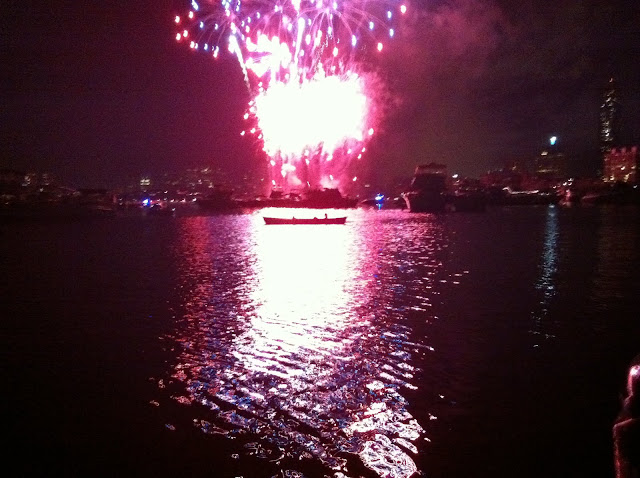 It's been a while since the last post but I wanted to update you faithful reader(s?) with a rant I think you can relate to. Like who the F cares what a mime has to say?! Right? Are mimes even supposed to talk? I thought not.
So of course I'm enjoying a corporate booze/schmooze in the bowels of the Pour House getting faded with the Sawx on in the background and down comes the only loud-mouthed mime in the city. Tall drink-a-water at that. Apparently the local Pedicab 304 decided to crash the event and bring props (see the Chauncey with the blow-up doll in front). Definitely creepy, Pagliacci-style. Turns out the mime is their Donald Fehr, gushing about how hard mani-pedicab drivers work, how fun they are, blah bliggity blah.

Well guess what mime?! Nobody gives a crap. 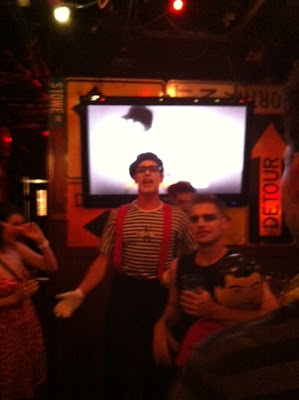 Posted by ZimmDizzle at 9:52 PM 7 comments:
Email ThisBlogThis!Share to TwitterShare to FacebookShare to Pinterest
Tags: Rants

So I don't often mention her but it high (pie) time I did . . .my amazing girlfriend Jordan just got a job - well deserved at that -  at Perkins + Will. The same Perkins + Will that was rated the #1 firm in the country this year. No joke. I know parents get sheepishly proud of their kids, but since all we have is a smelly cat, I am overwhelmingly proud of my girlfriend and how her hard work has paid off. Being asked to move some place new, adjust, make new friends and get used to Massholes is one thing. Trying to do all that while finding work right out of school in a shitty economy is another. Congrats Babe! 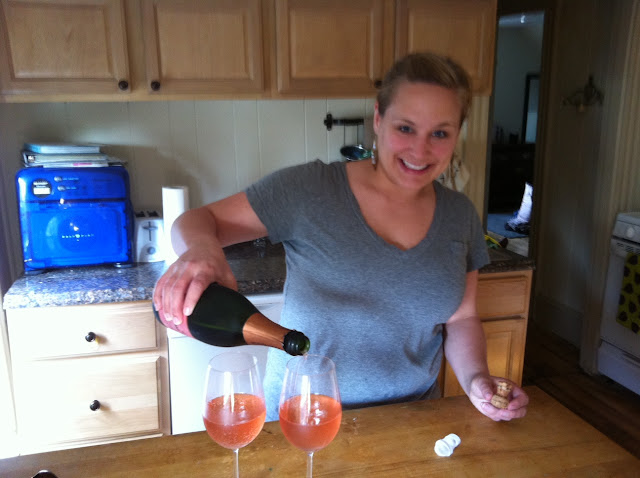 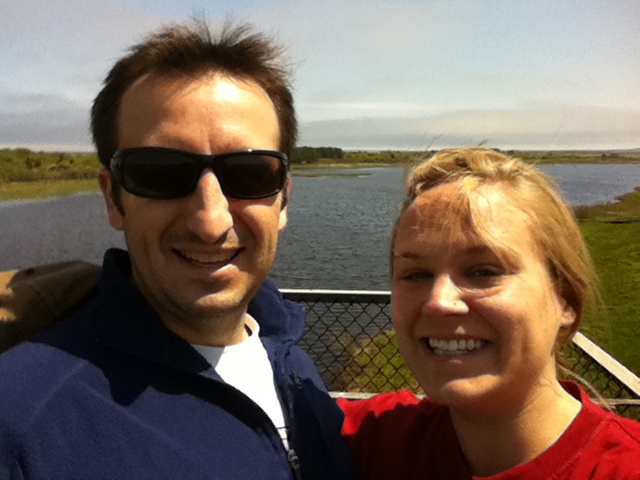 I've embarked on a crash course of Islamic urban design for work recently. It's been eye opening, let's say, in more ways than one. But it begs the question - why go to an area of the world that's ripping itself apart and exceedingly anti-American when I can do it from my home computer ala Al Bundy?! Hands in pants (I'll steam clean the keyboard later babe) with a Bud heavy cracked while the Sox beat up on the Angels in the background. Enter Wiki-Earthing, my nerdy term for Wiki-surfing while flying around in Google Earth.

It's basically marrying the two most over-saturated information sources on the web - Wikipedia results from Google searches in map form (sorry Bing). In any event, try it.

There are some amazing places that now, after wiki-earthing, I've added to my list of "vacation spots I'll never be able to go to because I'm poor." Ahh to be young. Casablanca, Fez, Rabat, Cairo, Algiers are all on my ever expanding list. The good can include places like Muizz Street in Cairo pictured below. 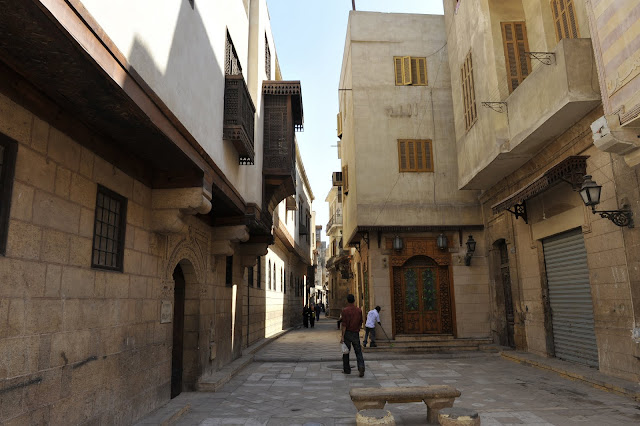 The bad? Well let's just say Dubai and Doha aren't the only places in the Arab world putting up ugly buildings. Behold, the world's most terrifying attempt at architecture since the Experience Music Project. 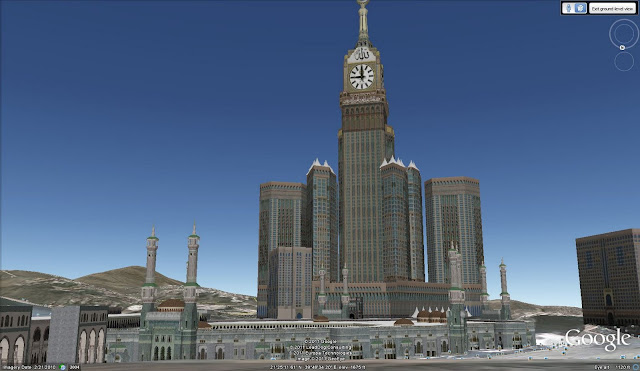 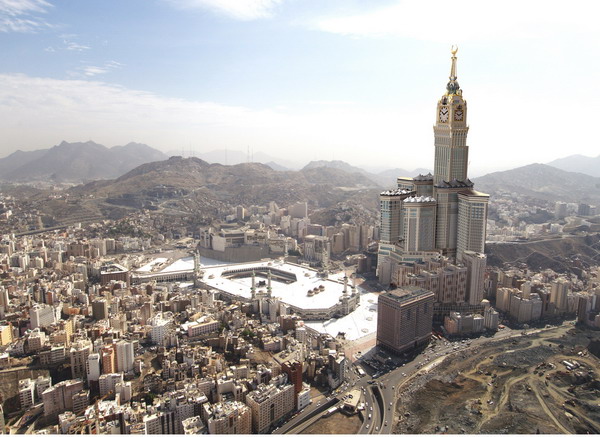 Presenting the Abraj Al Bait Towers or its more affectionate name the Mecca Royal Clock Hotel Tower in Mecca, Saudi Arabia. Clearly the builders were thinking about ways to upstage (read overwhelm) the holiest site in the Muslim world, Masjid al-Haram. Lovely. The largest building in the world (by floor area) the largest clock in the world and the largest bunch of A-hole builders to ever shit on Mecca. It's Big Ben meets "Damn that's a huge bitch" multiplied by 900. Muslims don't need to turn towards Mecca everyday, they are suck in by that monstrosity's gravitational pull. I would say more but I'm still speechless.

So I've been meaning to post since I got back from Pakistan last month. But before I get into it, raise your hands (all 3 of you) if you knew Pakistan was an acronym. I had no idea. Next thing you know, we'll find out that USA stands for something.

Anyways, so I got the chance to go to Pakistan for this project I'm working on called Education City. While I didn't get a chance to venture too far from the car or the office, I did get a chance to snap a few discrete shots on my I-Phizzle. Really when you can get past all the things that stand out to Americans: chaotic streets, open sewers, dense slums (at least in Karachi anyway) you see a country bursting at the seams. And Pakistan has two key ingredients that if combined in perfect proportion are the cornerstones of modern nation building. .  .

Of course it helps to have strong leadership and a stable government, but you have to crawl before you walk. What does this all boil down to? That nasty "P" word, potential. Overused and overly optimistic. The truth is, a lot will have to go right for Pakistan to become the nation it wants to be. An investment in Education, which is the whole reason we are working there, is a good start. I'm skeptical that the government's ambitions can become a reality but the intent is there. If the 6th largest country doesn't figure out a way to keep its talent "in house" then its the rest of the developed world that will prosper. While the rest of the world is catching up, seeing Pakistan makes me appreciate the education options we have in America, even if it costs an arm, a leg, a rib, a kidney, and all the money I'm going to make over the next 15 years. 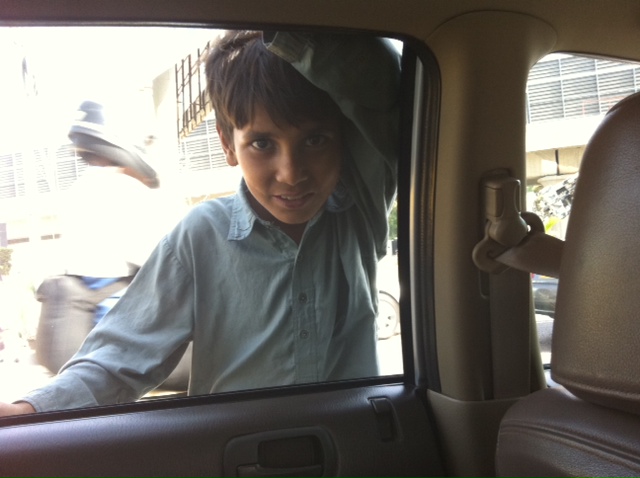 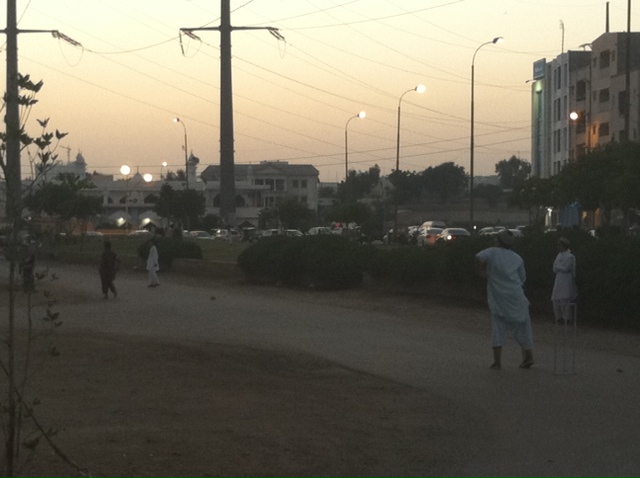 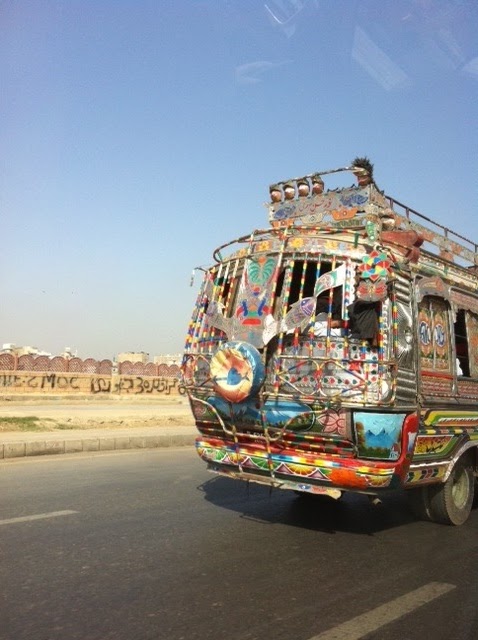 Then It's Sing Song Time

So something happened on my way to becoming the most interesting blogger in the world. . . LIFE. Before you sarcastically say "Zimmermann, nobody even knew you were gone. The rest of us are on Twitter anyway. Douche!" Let me explain the last few months in 140 characters or less.

Lots of life changes all at once - the only thing, really, that could slow this blogging freight train down. So let this post officially usher in another era of false promises to blog more. At least I can say it won't be 3 months between posts.

In order to get up everyday, shovel the 18 inches of snow that just fell in Boston AGAIN and do it all over again the next day - I had to not just accept my new life, but EMBRACE it. To put it in Slim Chin's words "It's Sing Song Time". I have to face the music even if it is with Dwight Howard on piano and Ken Jeong on vocals. In fact I have to sing along. Time to kill it and get paid like some Korean-American MD who said "F medicine, I'm gonna strike it rich in Hollywood"


I'm pretty sure there is a Sports Guy style manifesto about the rules of living this lifestyle and I fully intend to promise a blog about it and then never do it. But at least I threw that out there. Oh yeah and if you were wondering. . . work is fine.
Posted by ZimmDizzle at 10:34 PM 17 comments:
Email ThisBlogThis!Share to TwitterShare to FacebookShare to Pinterest
Tags: life 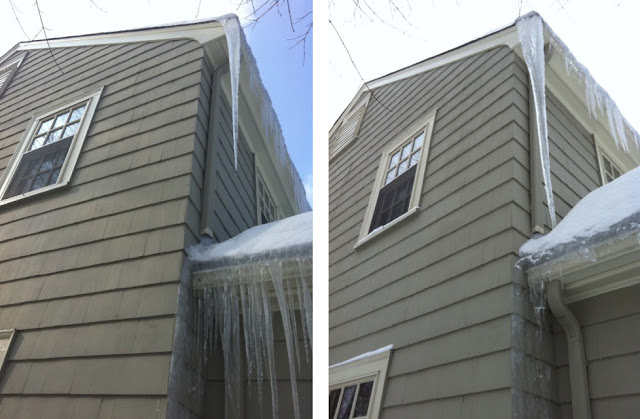